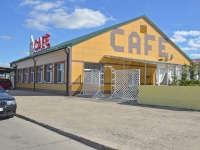 Hotel Svetlana located on the 420th km of the M10 highway in the village of Posenichi, Pinsk district of the Brest region, 7 km from the town of Pinsk. Near the hotel there is a gas station, a cafe. 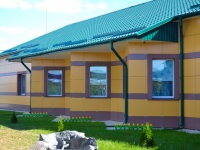 The address, how to get there — hotel Svetlana

How to get to hotel Svetlana by public transport:

How to get to hotel Svetlana by car:

Location on the map — hotel Svetlana

Cathedral of St. Fedorov in Pinsk

The Catholic Church of Charles Barameusha in Pinsk

The memorial complex to the liberators of Pinsk